The term tuxedo originated in the 19th century, as a smoking jacket, which men wore when they were in rooms dedicated to smokers. Instead, its use as an evening and formal dress seems to be due to the Prince of Wales Edward VII who in 1865 commissioned his tailor to produce a blue evening jacket to be used for informal evenings. The choice of wearing a tuxedo on social occasions has become a tradition and has been transformed over time making it accessible also for ceremonies and for weddings.

The single-breasted jacket with peak lapels includes a coordinated waistcoat in shiny satin, as lapels and pocket profiles. A dark blue wool fabric, a tone-on-tone shirt with a diplomatic collar and a touch of originality for the bow tie in the use of two colors, gray and blue. 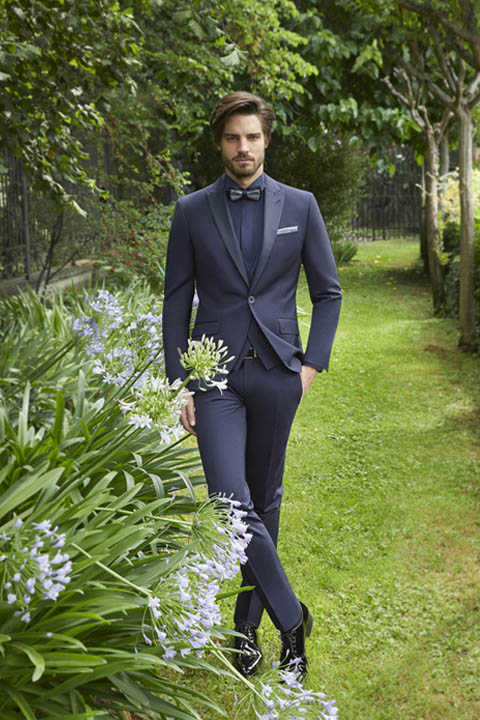 Since the end of the Second World War in the United States and in many other countries, they began to consider the tuxedo as a "formal suit" and they also wear it during the day for events or ceremonies. Impeccable white jacket with peak lapels, double-breasted waistcoat and gray bow tie. Diplomatic shirt, pocket square and total black trousers. For undisputed elegance. 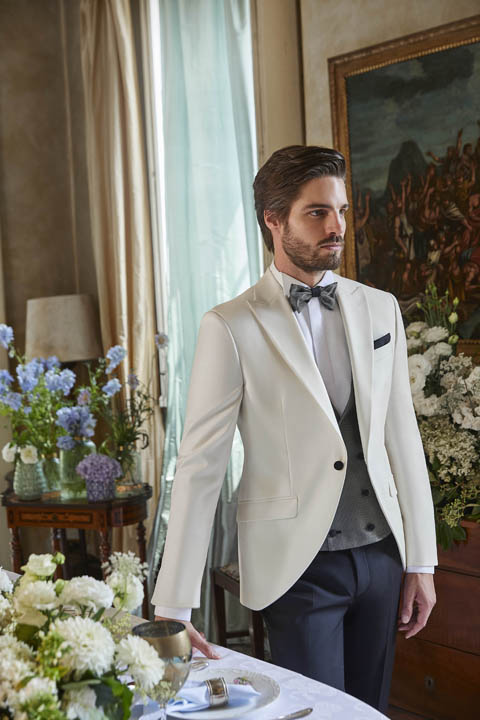 Compared to the English man who dresses to strengthen his belonging to a certain group, the Italian man, when wearing a suit, wants to be talked about and show his individuality. Choice of fabric, color and style are priorities. In this case a bright blue, a slim line, lapels and waistcoat in shiny satin. An impeccable dress code. 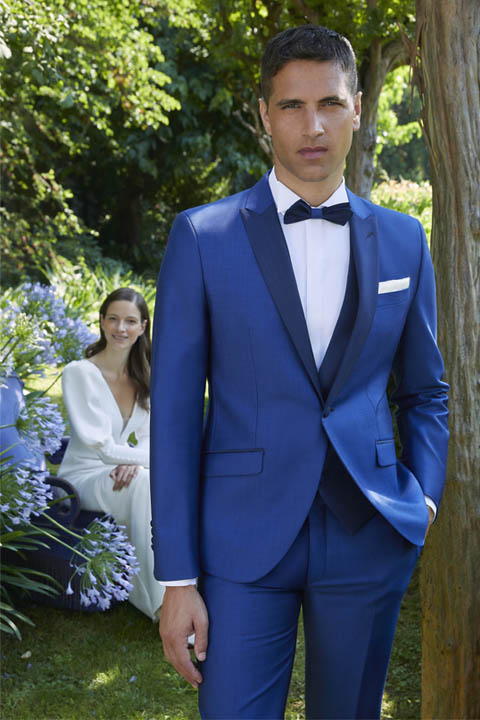 Today the tuxedo has been completely cleared of customs and is used a lot for weddings, both for the groom and for the guests. However, this type of suit requires a ceremony that includes a reception place, in a prestigious location or in a richly set up garden. Even the colors of the tuxedo have undergone a change, besides blue, black and white, colors of varying intensity and shades can be dared. The aubergine color, for example, looks good on a glamorous guest who likes to be noticed for his personality. Shawl collar and micro patterned bow tie.