Thomas Pina 2022: licensed to make you fall in love

Seduction: a word that encompasses a complex meaning. A term that in itself produces infinite sensations, whose sound captivates the ear, just as its action captures every glance. Persuade, physically attract, involve. Seduce is a verb with a deep meaning, but with a clear common denominator: beauty in its broadest sense. The man who seduces is the one whose appearance exudes refinement. Distinguished, sophisticated, proud of who he is.

Thomas Pina shows us in its 2022 collection a man immersed in large doses of elegance, whose personality and good taste give him something that only a few possess: license to make you fall in love. 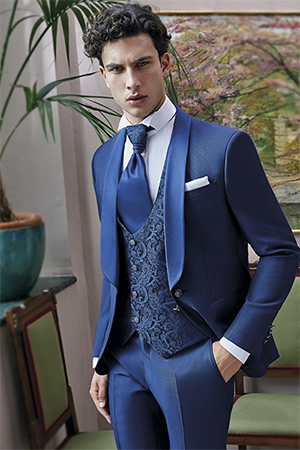 Stop for a moment and think: what does seduction mean to you? Seduce is a word with a complex meaning coming from the Latin seducere, whose Indo-European root "deuk" means to guide, to lead, to direct. A seducer is socially a leader, whose attitude, style, and serenity make him a role model and a clear example to follow. The role model has an innate attractiveness. A power that surpasses reason and is able to mesmerize others with the brilliance of a celebrity. 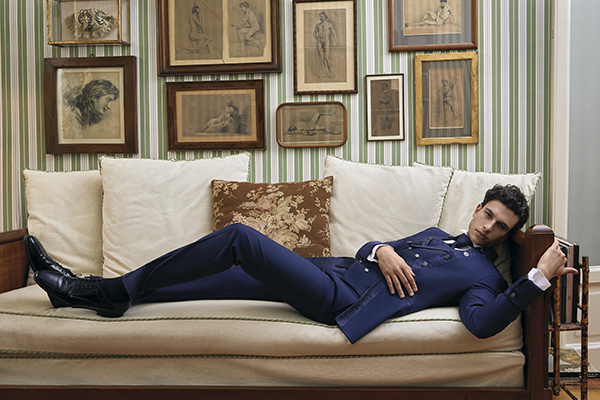 True value lies in the exceptional, and this is how Thomas Pina sees men in his new 2022 collection. Someone capable of perfectly understanding the meaning of the word seduction. He adopts its abstract concept and makes it his own, transforming scenarios with his aesthetic power, exalting art and beauty in a masterly way.

Seduction goes beyond captivating looks. Seduce the man who is able to hold back, to dazzle. The man who manages to combine exceptional mastery and good taste. The man who knows how to dress elegantly and perfectly every day of the year, without exception. Valuing the classic, but without losing sight of modernity and contemporary lifestyle.

The Thomas Pina man clearly has a license to make people fall in love, a minority privilege, and is loyal to exclusive suits of Italian design, perfect for any formal event. He is someone who stands out, but in a sober and subtle way, leaving his mark on a powerful memory, able to prevail over time. Quality, design and sophistication as essential attributes in a man's closet, to always show his best face in society.

It is a name with tradition and heritage, which is proud and gives value to itself, creating pieces with transformative power for anyone who dares to wear them. Thomas Pina is the seducer for excellence. He is demanding with himself and with his proposals, protagonist of ceremonies and formal events; designs and shapes where Italian fitting takes the baton, with confidence, mastery, and determination. Are you ready to discover the power of seduction?

Ideas for the first dance